This mural is located on the side of the Strong’s Brick Oven Pizzeria building, facing the parking lot. The main and most important goal of this mural was to represent and celebrate all things “Lawrenceburg”, past and present.

Bourbon Whiskey has been a staple of Lawrenceburg since its founding in 1802. The largest elements of the mural depicts two figures working to roll out barrels of bourbon. The caps of each barrel clearly identifies that these are J.E. Seagram and Sons barrels of Bourbon Whiskey (a famous distiller originating in Lawrenceburg).  The name of the mural was derived from a famous cocktail- Seagrams 7 & 7up. Four Score is a reference to Abraham Lincoln, who stopped in Lawrenceburg in 1861 to give an pre-inaugural speech from his train.

The movement and direction of these workers and barrels also works well compositionally with the shape of the actual wall. From the top left, these figures slowly expand outward towards the right of the wall. I built the rest of the design based on this directional movement.

There is a flats boat out in front of the largest barrel, floating down the river, filled with whiskey barrels.This is a nod to the past of Lawrenceburg. In the beginnings of the town, this was the main method of transporting whiskey from the distillers.  The flat boat also works well with the compositional lifework and movement of the barrels.

In the bottom right there is a scene of a figure on a canoe rowing through a flooded part of Lawrenceburg. When I began researching for this mural design, the importance of the river to the city’s history was paramount.  It was how goods were transported, how people traveled, but also how the community struggled with the seasonal floods.  I felt it was important to not just represent the truly great things about Lawrenceburg, but also the struggles that helped to build a strong and resilient community.

The design as whole is meant to represent the buzz of the downtown energy that can be found in today’s Lawrenceburg. There are activities constantly, and new projects being implemented all over the town.  Bold and bright, filled with energy. This mural is meant to reflect and amplify that energy. 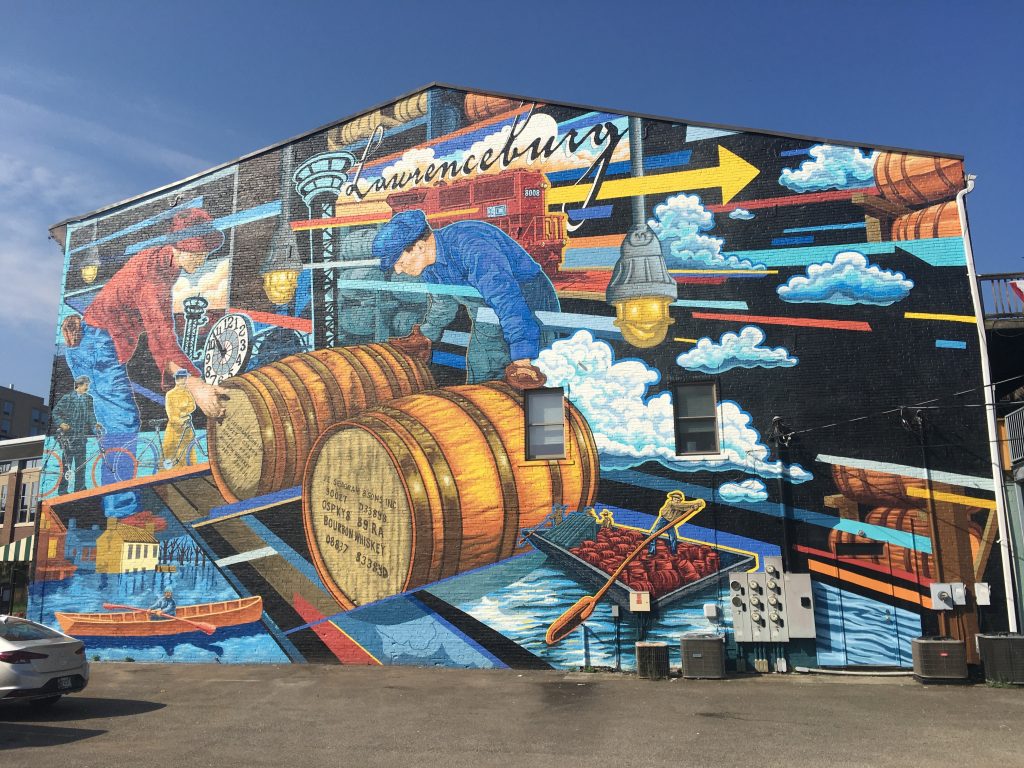 This mural is located in the Lawrenceburg Civic Park at the corner of High and Short Street. This mural is a repeat of the Inside Out project created in 2019, but with a twist! Dozens of images of people in our community and shots of downtown come together to create an eye image, which is a symbol of the Inside Out project. It represents a community gathering place where everyone can come together to create something beautiful, which is exactly what the Civic Park does. 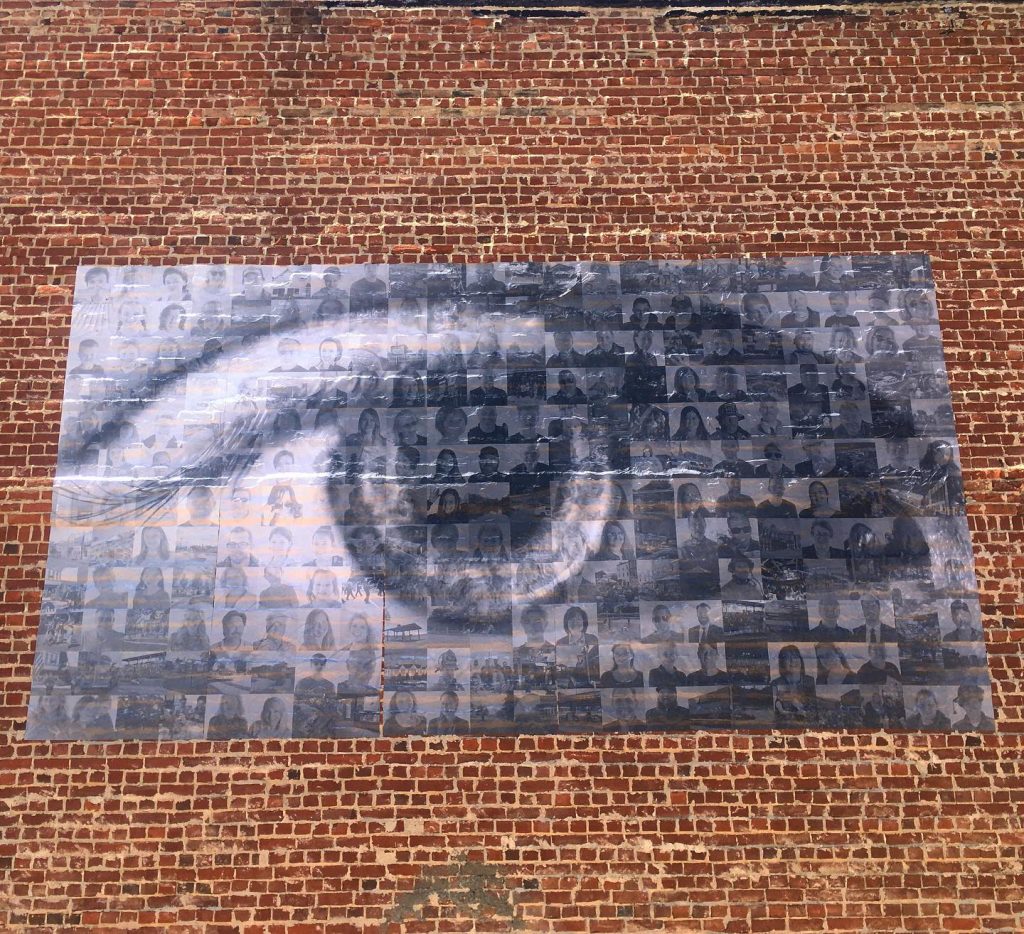 This mural is a temporary mural meant to be posed with right by Walnut Street in the alley in between High Street and the railroad tracks. It was created to honor Lauren Hill, with “#22 Never Give Up” being centered above the wings. We encourage everyone to visit the link below to donate to Lauren’s Fight For Cure. 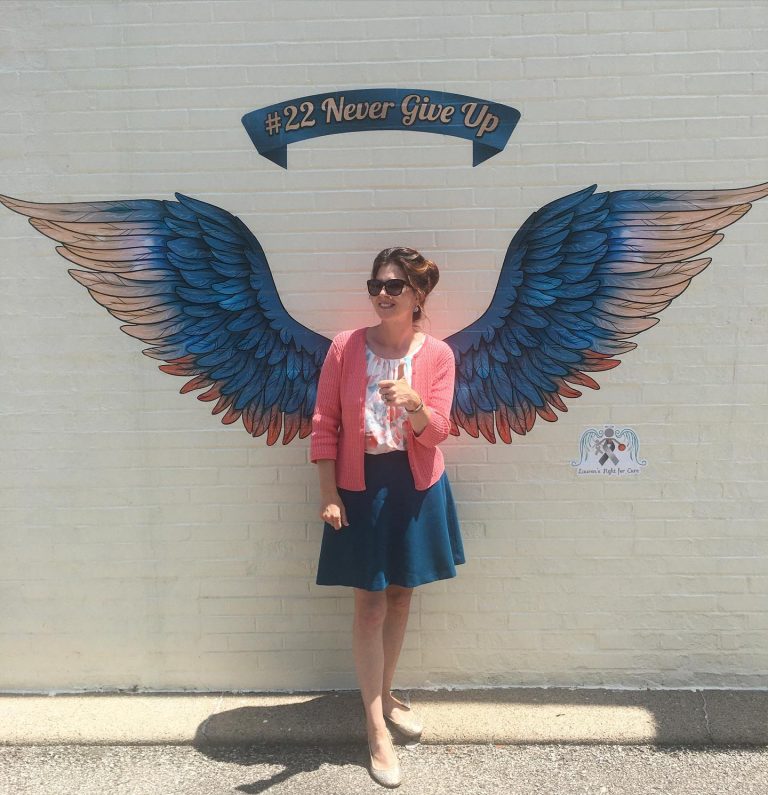 This mural is a temporary mural meant to be posed with right by Walnut Street in the alley in between High Street and the railroad tracks. It is located across Walnut Street from the Wings Mural, on the side of Edward Jones. 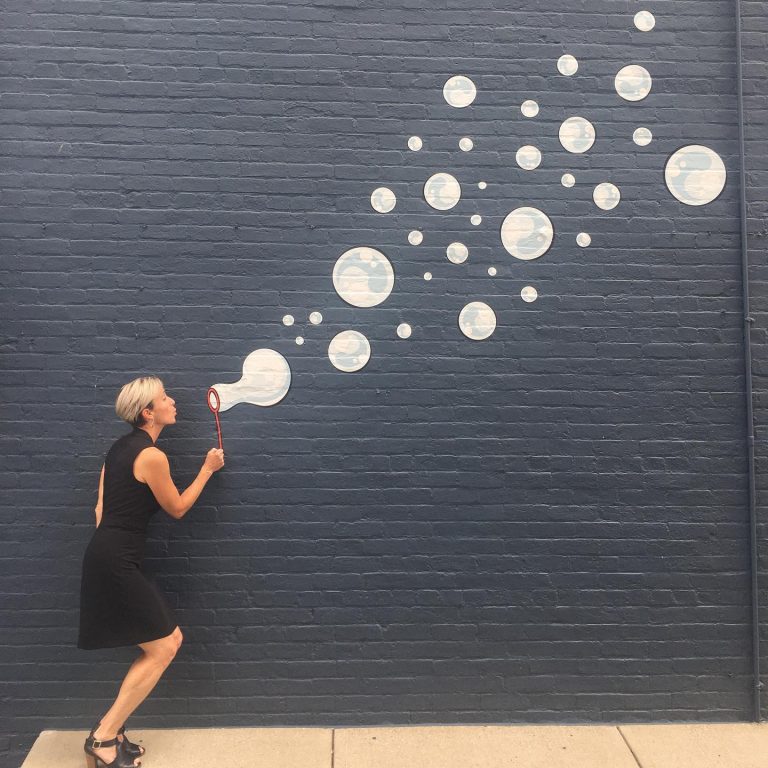 This mural is a temporary mural meant to be posed with right by Walnut Street at the railroad tracks. It is located on the side of Main Street Market. 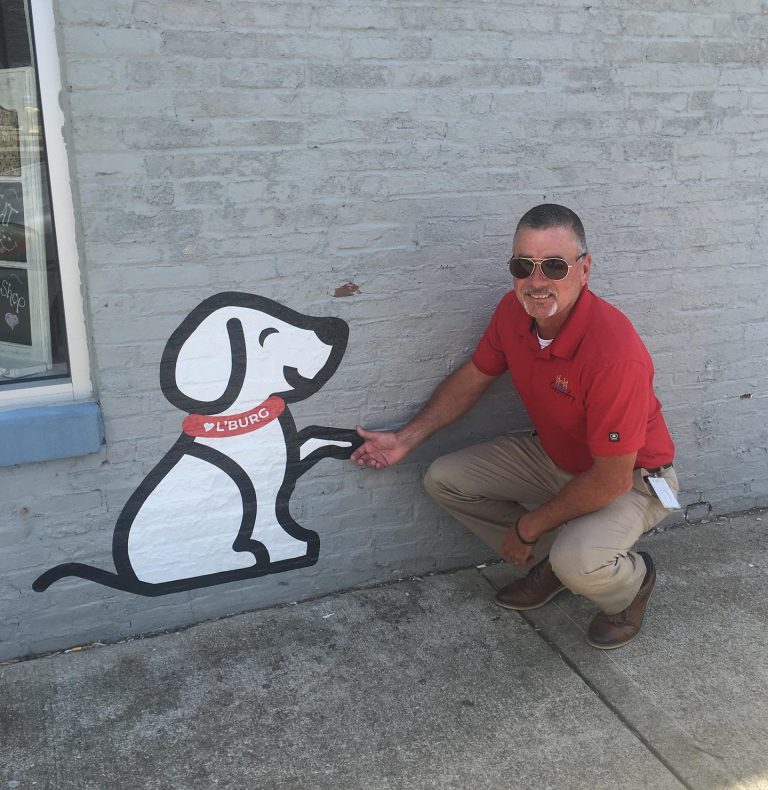 This mural is a temporary mural meant to be posed with right by Short Street. It is located on the side of Proof 124 Table & Tavern. 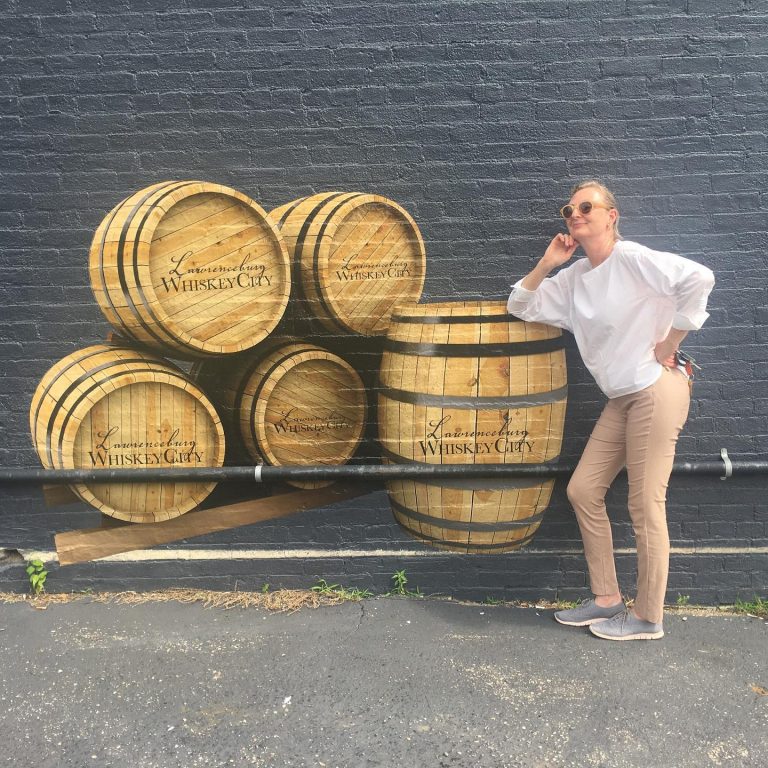